To help support The 1851 Trust with their STEM Crew resource on Forces, this blog gives a bit more detail on the Plimsoll line and reserve buoyancy.

The previous Modern Materials Resource released in February 2020, was their best performing one in its first eight weeks. Launched on 22 April, the new Forces module is proving even more popular recording four-times the usual level of interactions in its first week at over 2,500 views on STEM Crew. Well done to The 1851 Trust team for creating such great free materials for schools!

The load line, also known as the Plimsoll Line, is a special mark positioned amidships on a merchant vessel’s side, depicting the draft of the vessel and the maximum permitted depth to which it can be loaded in different densities of water, seasons and areas of the world. The amount loaded would be very different on a ship making a voyage across the North Atlantic in winter, to one under summer freeboard conditions. The load line provides a simple check that the ship has sufficient reserve buoyancy when loaded.

The freeboard is the distance from a line marking the top of the weatherdeck (the highest complete deck exposed to the weather and sea) to a line passing through a circle (the load line disc), which forms part of the load line marking, painted on the ship’s side.
A vessel with low-freeboard is more likely to take on water in rough seas. The amount of freeboard varies greatly between different types of ship. A fully laden tanker has a low-freeboard, a fully laden vehicles carrier a very high one.

Samuel Plimsoll (1824-1898) was a coal merchant and UK Member of Parliament. Aware of wide-spread concerns about safe loading of ships and ideas of preventative measures proposed by the Newcastle shipowner, James Hall, Plimsoll requested a Commission of Enquiry, which was granted in 1873.
Years of campaigning against ‘coffin ships’ resulted in The Merchant Shipping Act, 1876 requiring all foreign-going vessels, coasting vessels over 80 tons and foreign ships sailing from British ports to have their deck lines and load lines marked.
Yet there was still no guidance for the assigning authority, nor any formula for the calculation, and the shipowner decided on the position of the marking of the load line.

Lloyd’s Register (LR) played a leading role in the debate on load lines as the dangers of overloading vessels became ever more apparent. In 1835 it stipulated that classed vessels should have freeboard, that is the distance from the waterline to the upper deck level of the ship, of three inches for every foot depth of hold. Known as the ‘Lloyd’s Rule’, this remained voluntary and was used extensively until 1880.

In 1873, LR’s chief surveyor, Benjamin Martell, prepared Tables of Freeboard based upon the principle of reserve buoyancy.
From 1874, LR made load line a condition of classification, applying it specifically to newly built awning deck steamers – a type of vessel that often carried a light but bulky cargo – on which the line was marked by a diamond with a bar at each end and the letters LR.
To assist the UK Board of Trade in laying down elementary principles for determining load draughts, Martell instructed LR surveyors to supply him with information about the immersion of vessels seen at various ports. From this he was able to frame his tables for every type of vessel. Submitted to the Committee in January 1882, these were modified following discussion with shipowners and shipbuilders, then adopted and issued by the Board of Trade in 1886.
When load lines finally became compulsory through The Merchant Shipping Act, 1890, LR was one of the societies authorised to assign them. The new Act applied to all UK registered and colonial vessels, except those of less than 80 tons, such as coasters, fishing vessels and yachts.
Plimsoll had frequently sought Martell’s advice, and the famous ‘Plimsoll Line’ was based largely on Martell’s work. 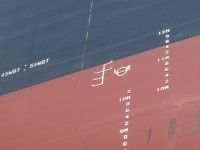 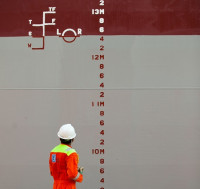 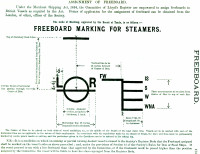 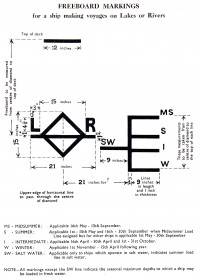 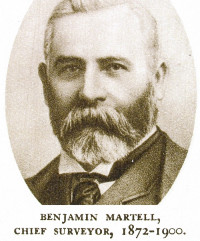