What does it take to build a reliable ship? On the occasion of the 150th birthday of Lloyd’s Register in the Netherlands, the Maritime Museum in Rotterdam took a look into the world of ship surveying by exploring some interesting questions. How many lifeboats are mandatory? And what exactly do crayfish have to do with this?

They challenged their visitors to stop and think about how they benefit from safety at sea. Whether ordering packages from abroad via the Internet or hopping on the ferry to Terschelling - they pointed out that every vessel they encounter was once surveyed. These are intensive inspections, performed by classification societies such as Lloyd’s Register. From drawing table to sea trials - before a ship is launched, it must earn a certification showing that it is safe.
In "Waterproof", the visitors were able to 'follow' a surveyor who first peers at a ship's construction blueprints, then goes to the shipyard or to the factory where the steel plates for the ship are made. Surveyors are involved with the entire construction process, including the sea trials and the ship gets its class certificate only once everything has proven to work as it should.
Several exciting shipping developments were central to the exhibit, innovations that have drastically changed regulations. Tankers became double-hulled, lifeboats became mandatory and dead-end hallways on board were outlawed.
The environment has also become increasingly important in recent decades. The museum considered the regulation of ballast water to ensure that a ship remains stable under varying cargo loads. In the past, exotic animals such as crayfish were often relocated to the Netherlands in this water. Now, ballast water must be purified far away from the coast and this is no longer possible. Just one of the many examples of protocols being adapted so that safety remains paramount.

All of these safety factors and the involvement of classification societies in the process were explored through the exhibition. See images and videos from the exhibition here.

Further details can be found on the museum website. 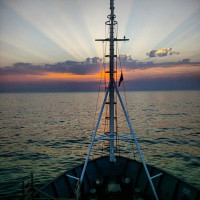 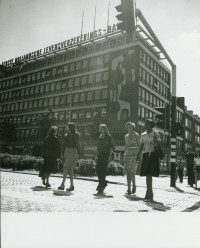