Ports and their hinterlands, past and future

Sarah Ang recently completed her BSc in International Public and Social Policy at LSE and is currently doing her Masters in Evidence-Based Social Intervention and Policy Evaluation at the University of Oxford. She joined Lloyd’s Register Foundation as a micro-intern and worked on a project reviewing the literature on how ports and their hinterlands have navigated major technological developments and how they might address the current challenge of decarbonisation. She’s excited about evidence-based policymaking and was drawn to the Foundation’s work on addressing safety challenges as it is grounded in establishing the best evidence and supporting high-quality research. In the course of the micro-internship she has enjoyed learning more the relationship between history and policy and how historical materials can inform current practice and understanding.

Port cities are dependent on trade and transport networks and therefore decisively affected by technological changes in this area – such as the transition to steam in the past, and decarbonisation now. This article explores these intrinsic connections, and what we can learn about the challenges of today, by exploring the transitions of the past.

Decarbonisation is high on the shipping and maritime industries’ agenda. At the recent COP26, a coalition of 19 major countries made the commitment to create zero emissions shipping routes, and the UN shipping agency, the International Maritime Organization (IMO) has similarly set targets to reduce overall greenhouse gas emissions produced by ships 1. Currently, shipping produces about 3% of global carbon emissions and current commitments to reduce emissions by at least 50% by 2050 have proved daunting, stressing the need for urgent and concerted action 2.

A zero-carbon transition would involve a shift away from fossil fuels to alternative energy sources. Ports have been identified as a catalyst in this transition as more than half of maritime emissions when ships are berthed at docks 3. Moreover, the development of smart and green seaports  can provide the infrastructure for clean and renewable energy for both ships as well as the surrounding industrial clusters  and facilitate the development of green corridors 4.

Still, negotiating this transformative technological change has implications for not just ports themselves as they are often nodes in a larger network that involves their hinterland. The development of ports has implications for the communities and cities they are connected to – the ports and cities in places like New York, Hong Kong and Singapore have often developed in parallel 5. With this in mind, I have chosen to focus on port cities for my micro-internship project and to explore how they have negotiated past technological transitions like the shift from sail to coal and then to oil, and from there draw lessons for decarbonisation today.

The development of port cities

In approaching the question of port development, I surveyed the literature in the HEC online archives and internal publications, as well as external resources on maritime history (eg. Port Towns and Urban Cultures , Ports Past and Present, and the International Journal of Maritime History). In looking at case studies of port cities and their hinterland connections, emerging themes showed that the dynamics of growth and change in ports were governed by both exogenous variables like geography as well as endogenous economic and political variables.

Physical features like location and a deep harbour which could accommodate large ships were important in the early development of ports, but so too were connections to the hinterland in terms of in investment in infrastructure like transport networks and the size and availability land for storage. The connection between ports and hinterlands is especially important when it comes to port cities as they act as nodes of growth that depend both on the links between the foreland and hinterland.

More recent examples of port cities such as Hong Kong and Singapore also show that their success depends on both port development and urban management, which can often be mutually constitutive. Even as the connection between the port and city is not exactly the same as the hinterland, the port-city relationship is also governed by geography and spatial constraints. In these land-scarce areas, city functions like waterfront developments and leisure compete with port facilities and transport infrastructure for space. In fact, in port cities like Singapore which remains an island and effectively lacks a hinterland, port-related companies have been relocated to free trade zones and business parks. Zoning policies are in place and land has been reclaimed to accommodate industrial areas and modern transport infrastructure 7. 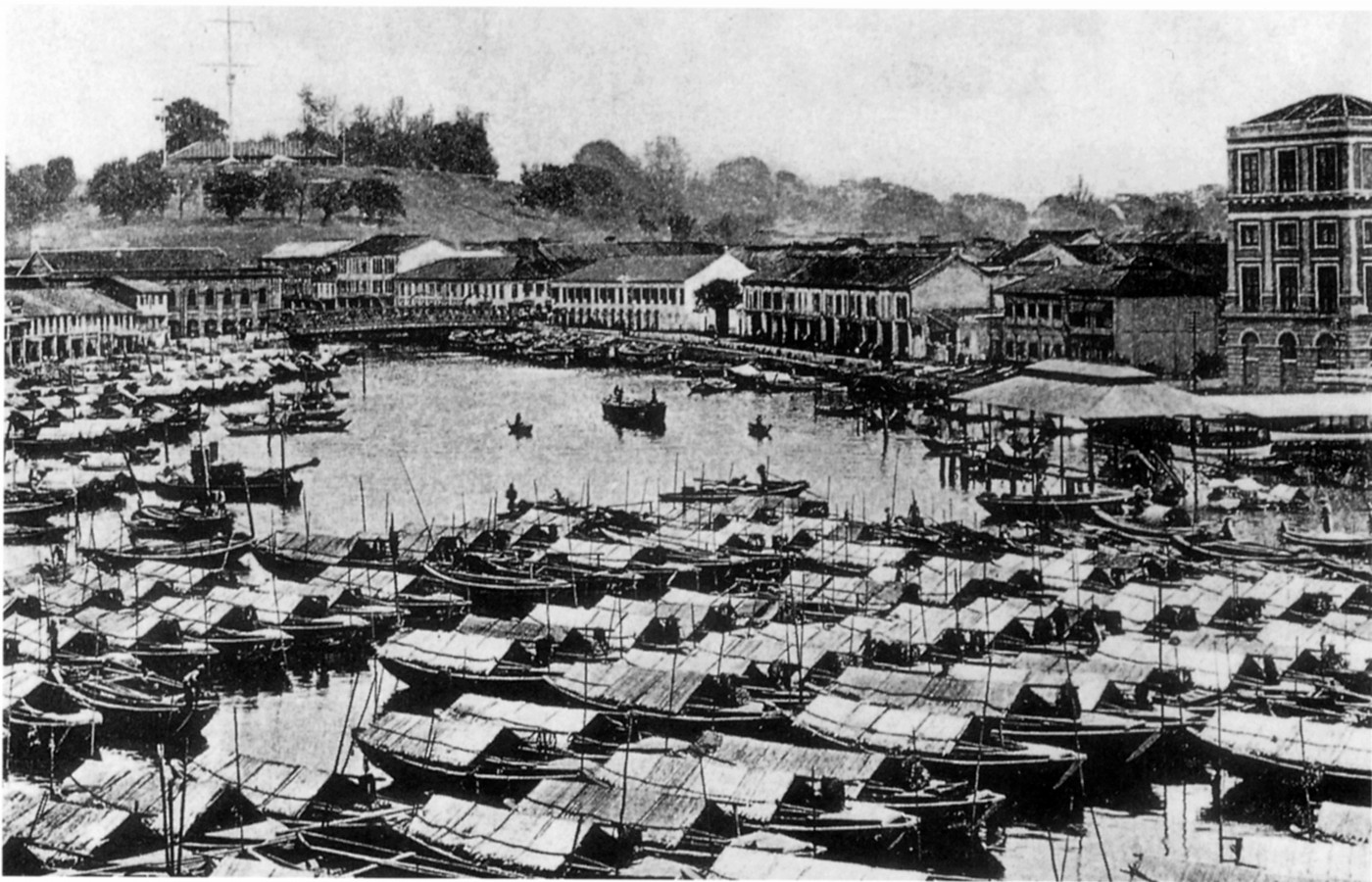 The view from Lloyd’s Register’s Singapore office in 1895 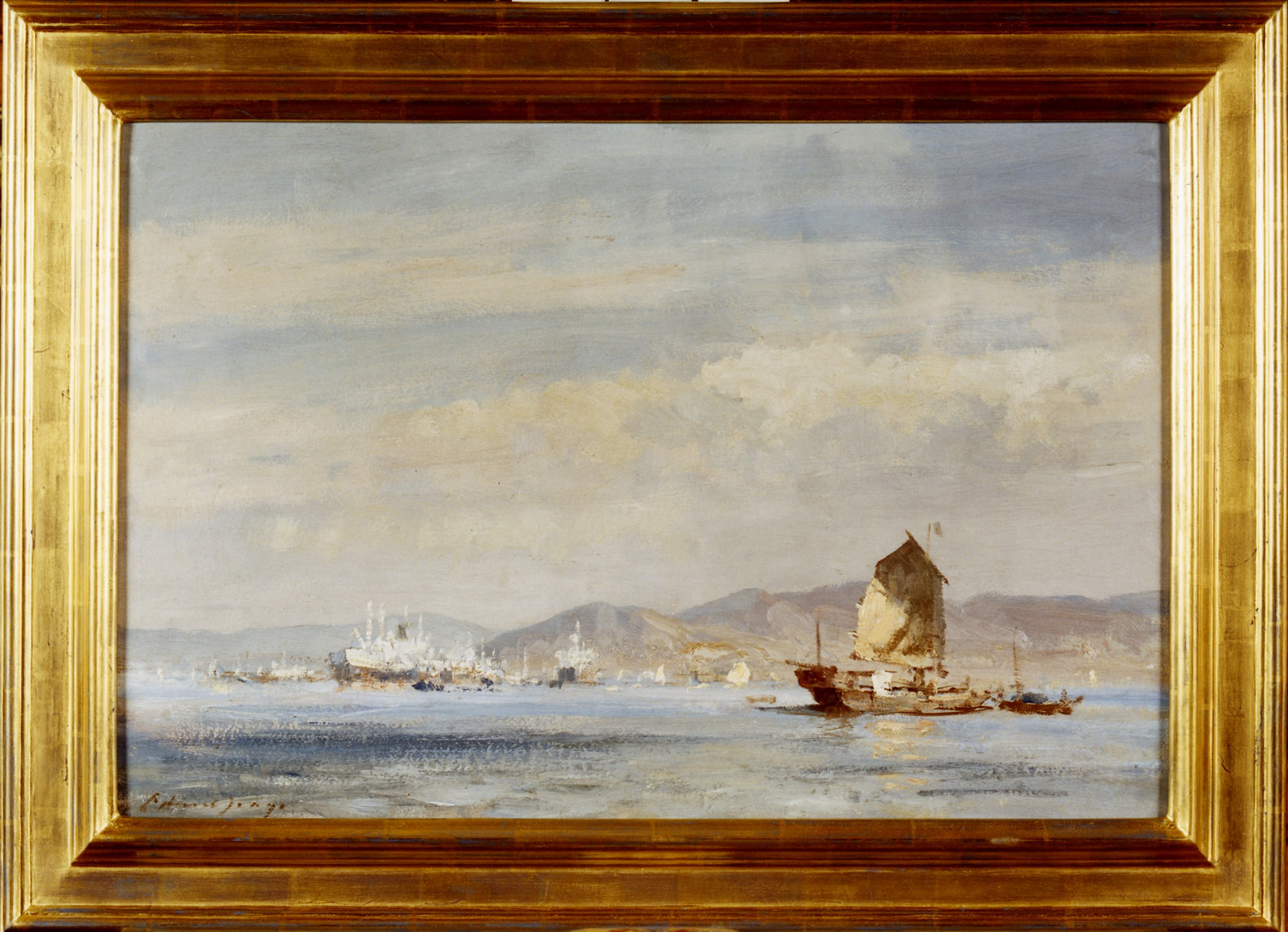 The view from Lloyd’s Register’s Singapore office in 1895

The question of space also hangs over the decarbonisation transition. Alternative sources like hydrogen and ammonia do not have the same high energy density that fossil fuels have, posing both practical and economic challenges for storage and transport. There are also related concerns of handling new fuels, especially in major ports which are close to high density urban populations 8. This might mean moving ports further away from cities and devising new transport and logistical links, reproducing the core-periphery dualism already present as ports functions have moved away from cities in search of more space for warehousing. The resulting lower level of integration may have implications for the economic development of the port city 9.

Technological changes also bring about a need for new skills and labour. The early years following the shift from sail to steam was marked by steamship collisions as well as the loss of life and cargo due to unskilful conduct 10. Still, the industrialisation of the shipping industry brought on by the adoption of steamships in the mid-to-late 1800s also professionalised the sector, with the introduction of competency tests and examinations for seafarers. There was also a larger role for engineers alongside shipmates 11. There is likely to be a similar need for occupational training and investment in skills as we deal with decarbonisation – fuel storage and energy systems at ports will change, as will on-board power systems and even the designs of ships themselves.

Despite the daunting prospect of the fourth propulsion revolution and the accompanying pressure to decarbonise the shipping industry, there are reasons to be optimistic. Decarbonisation has been recognised as an international goal with key actors such as national governments, private companies in the shipping industry (eg. Shell, Maersk) as well as port operators (eg. Maritime and Port Authority of Singapore, Port of Rotterdam) working together in the energy transition. In particular, national governments have taken on a prominent role in driving this change. The recent COP26 also saw the launch of the ‘Clydebank Declaration’ in which signatories agreed to establish green corridors and with them, zero emissions fuels and the logistical and regulatory frameworks needed for decarbonisation 12. Within the UK, the public sector has been driving the decarbonisation agenda as seen by the UKRI Decarbonising Ports and Harbours network and the development strategies such as Net Zero by 2050, the Maritime 2050 Strategy, and Clean Maritime Plan.

Further research in this space could examine the role of different actors on different levels (eg. private companies, unions, local and national governments) in negotiating the transition from sail to steam and to coal. It would be useful to understand the constellations of actors and how balances of power may have changed with each era of technological transformation, in order to see how we could leverage stakeholders in decarbonising. I would also be interested to learn more about how private companies that dominated the shipping industry (eg. the East India Company and the Arabian American Oil Company) adapted to changes in technology, and what difference the presence of international organisations today, like the IMO, makes when it comes to coordinating efforts to decarbonise.

Still, one constant is the long-standing role of classification societies like Lloyd’s Register Group which brings together stakeholders and evidence to address challenges in the shipping industry. I found it particularly interesting to note that Lloyd’s Register has connections close to my own home, having supported the development of shipyards and ports in Singapore, posting their first surveyors here in the late 19th century. Singapore responded to the nation’s rapid industrialisation and growth, to become a major refining centre, one of the busiest and biggest ports in the world, and a hub for oil and gas construction. Lloyd’s Register continues to have a significant presence is Asia with its centre in Singapore providing a strategic platform to develop and demonstrate technologies, skills and capabilities in the sector.

Moreover, the adoption of alternative energy sources is a chance for technological diffusion to move from land to sea, and for the shipping industry to drive the wider decarbonisation agenda. Whereas the technological developments like the internal combustion engine were first developed for trains and railways before moving to boats, there is space for the shipping industry to pave the way for the energy and transport sectors in the development and adoption of new fuel sources. Port cities would be key in global efforts to decarbonise as they provide the interface between in-land infrastructure and the maritime sector.

Already Europe’s largest inland port in Duisburg is leading the way in hydrogen technology. Rolls-Royce has announced plans to ensure a climate-neutral energy supply at the new container terminal as part of a project funded by the German government’s Hydrogen Technology Offensive – showing that decarbonisation may not be so far out of reach.

Reflections on the project and hindsight research

Even as research into port development and the shipping industry initially seemed  rather daunting given my background in social policy, in the course of the project I came to realise that it also drew together themes that I was familiar with and interested in such as governance, political economy, and industrial policy. In addition, working on this hindsight project highlighted the benefits of history as a method and how it could sit alongside evidence-based policymaking as both involve collecting and critically appraising research and implementation. This ultimately gave me a greater understanding of and appreciation for the Foundation’s work on hindsight perspectives, and how we can look into the past to see what the future might hold.

You can also learn more about our Learning from the past programme here. 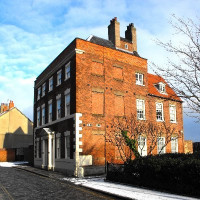 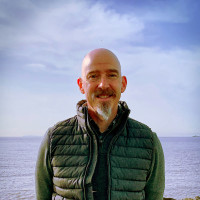