Just after 9 pm on 18 April 1912, the Royal Mail Ship (RMS)Carpathia began her approach to Cunard Line's Pier 54, New York. She had departed from the city seven days earlier for the Mediterranean, but now returned to a storm of media frenzy as tens of thousands lined the docks. Two tugboats filled with reporters clambered around her taking pictures and attempting to gain interviews as she made her way to the pier. Having docked, her crew began to unload 13 lifeboats plucked from the Atlantic, once belonging to the celebrated ship; RMS Titanic. Shortly after, 710 survivors from the 'unsinkable ship' disembarked and began to tell their stories of how over 1,500 people had perished in the early hours of 15 April. What also emerged was the story of the vessel that answered Titanic's distress call, that raced 58 miles and passed through dangerous ice floes to rescue the survivors and bring them safely back to land.

In 1903 the shipbuilders C. S. Swan & Hunter of Newcastle upon Tyne completed construction of the Carpathia, the latest addition to the Cunard Line fleet, measuring 558 feet in length and with a gross register tonnage of 13,555. The following year she was earmarked for passenger service between the Mediterranean and North America, where she was to serve with distinction for the next eight years. On 11 April 1912, Carpathia left New York bound for Fiume [Rijeka] with over 700 passengers on board. Just a day earlier on the other side of the Atlantic the Titanic departed the roaring crowds of Southampton on her maiden voyage to New York. Neither of these ships would complete their respective voyages.

Captain A H Rostron, master of the Carpathia for only three months, later wrote in a report to the General Manager of the Cunard Line that the early hours of the 15 April were 'fine and clear, light airs, caIm sea, beautifully clear night, though dark.'[1] At a little after midnight Carpathia's only wireless operator, Henry Cottam retired from his duties on the bridge before joking 'I'll wait just ten minutes, then turn in.'[2] It was in this 10 minutes that Carpathia first received the distress call from Titanic's wireless room. Rousing Captain Rostron from his bed Cottam read him the message- the Titanic had struck ice and was in need of immediate assistance. After confirming this message Rostron quickly ascertained Titanic's coordinates and ordered Cottam to reply that Carpathia was coming as fast as possible.

The Carpathia was 58 miles away from Titanic by the time the distress call had been received.[3] At a top speed of 14 knots Rostron calculated it would take them approximately four hours to reach her. Having summoned all the heads of department, Rostron briefed them of the situation before ordering that all power be directed to the boiler room and an extra watch placed there. With no heating directed anywhere else Carpathia achieved a speed of 17 knots and would arrive half an hour earlier than anticipated. Three medical stations were set up in the first, second and third class lounges to give immediate treatment to the survivors, the pursers were instructed to guide survivors toward medical stations, take their names and to arrange accommodation, and the Chief Steward began preparing hot drinks and refreshments. The crew were also given strict orders not to alert any of the passengers of the crisis, and to instruct them to remain in their cabins. As the crew busily attended to their duties and most of the 700 passengers slept, Carpathia raced on through the night.

At 2:40 am, once the lifeboats had been readied, the first flare was spotted off the port bow and Carpathia encountered her first iceberg. Aware of the Titanic's example Rostron doubled the watch as they drifted further into 'a field of bergs, large and small'.[4] Carpathia navigated this ice field for over an hour and a half before reaching Titanic's last known coordinates at 4:00am. Ten minutes later the first lifeboat was picked up; 'A few could walk, but the majority were so benumbed that they could neither speak nor walk.'[5] Questioning of the only officer on board the boat confirmed that the Titanic had sunk at around 2:30am with major loss of life. Scouring the waters of the ice field, the crew of the Carpathia worked tirelessly for another four hours until every one of Titanic's lifeboats had been accounted for. As the last boatload boarded Carpathia at 8:30am, the official count of the survivors stood at 710, less than a third of those who had boarded Titanic. A little while later, the Californian relieved the Carpathia of the search and she slowly began to make the journey back to New York, resembling a 'hospital' rather than a passenger liner.[6]

Carpathia entered New York harbour to a hero's welcome. Over the next 19 hours Rostron appeared before the US Senate's inquiry into the tragedy, wrote his official report, and met with representatives of the Cunard Line before leaving New York to resume his Mediterranean duties.[7] If Rostron had left hoping to avoid any further public spectacles he was very much mistaken. News of the Titanic's rescue had spread to both sides of the Atlantic, and Rostron found that in the course of his duties in the Mediterranean, over 100,000 people came to see Carpathia over a seven week period.[8] Her return to New York on 29 May 1912 saw her arrive to even larger crowds and over 12 sacks of letters and hundreds of presents from all over the world. A ceremony organised by the 'Titanic Survivors' Committee' gifted a cash sum of $4,500 to the ship's company and awarded Rostron a specially commissioned silver trophy and gold medal, the officers receiving silver medals, and the crew bronze. In addition to these honours, Rostron was praised in the official American and British accounts of the rescue, and was invited by President Taft to accept the Congressional Gold Medal as a token of their gratitude.[9] Though Rostron went on to serve with distinction in peace and in war, receiving a knighthood and promotion to Commodore of the Cunard Line years later, the legacy of Carpathia and the events of that night were to follow him for the rest of his life.

Rostron was to remain in command of Carpathia until October 1913. Carpathia continued her passenger duties between the Mediterranean and North America until the outbreak of the First World War, when she was requisitioned by the British government. For four years Carpathia provided vital support to the war effort, conveying troops and supplies across the Atlantic. On 17 July 1918 Carpathia was torpedoed three times by the German submarine U-55 off the west coast of Ireland. She sank at around 11am, thankfully with no loss of life.

In the 15 years that Carpathia served the Cunard Line, she had become one of the most well-known ships in the world. In an otherwise tragic story, Carpathia, Rostron, and his crew  were a shining example of expertise, courage and dedication to duty. As one reporter wrote 'Other Titanic's may sail and sink. Other Carpathia's may go bravely out to rescue and to save.'[10] 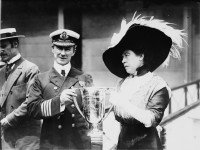 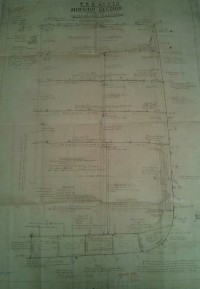 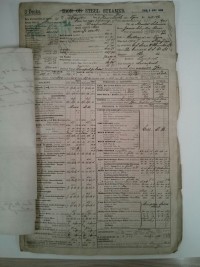