Sport played a significant part in the lives of Lloyd’s Register staff. The Cricket Club was arguably the biggest and most successful.

Formed in the year of the first Ashes in 1882 by Andrew Scott, who would later become one of Lloyd's Register's most successful secretaries, and his colleagues. Their first official match took place against the Alleyn’s School on Clapham Common which, unfortunately, Lloyd’s Register lost.

In 1883, the team applied for, and was granted, a grant from the General Committee. This meant that they were able to rent grounds to play matches and train. The performance of the Cricket Club steadily improved, hitting their first golden era, the second one happening in the inter-war years. Matches were arranged against teams from shipping firms, railway companies, insurance brokers, banks and other clubs.

During the 1890s the first annual match against the Corporation of Lloyd’s had taken place as well as the first tour against the outports along the north-east coast. Hooliganism is not new – taking the train up north for the first tour in 1892, the party decided to play cricket in the carriage, causing damage for which they were forced to pay up when the train reached Newcastle.

One member of the team, Bill Bradley, was scouted to play for England with W G Grace during the 1899 Ashes.

The first annual dinner took place at the Holborn Restaurant in 1886 and 227 people sat down for the last annual dinner to be held before the First World War. The annual dinner became the unofficial annual dinner for the Society’s London and outport staff, including overseas representatives. It attracted some distinguished guests, including Sir Thomas Lipton, Sir Henry Segrave and Frederick Handley Page, all on the same occasion in 1930. Lipton, the tea magnate, was a keen yachtsman, and the series of yachts with which he competed in the America’s Cup were all called Shamrock. Segrave was the holder of the land and sea world speed records in Golden Arrow and Miss England. Handley Page was an eminent aircraft designer and manufacturer. The last dinner occurred in 1938, although the event was revived under another guise as the annual supper in 1954.

The new pavilion was opened in at Dulwich in 1936, creating a new space for staff and their families to enjoy social events and cricket games.

Our archive holds extensive records of the history of the Cricket Club including match reports, scorecards, bar tabs, poetry and records of the annual dinner celebrations.

‘Of one thing I am assured that, whether the Club wins or loses, it will continue to promote a feeling of esprit de corps and goodwill amongst different members of the staff, to the abiding advantage of Lloyd's Register of Shipping.’

Cricket became such an integral part of Lloyd’s Register life that, when young men applied for jobs at the Society they would not only be asked about their education but also if they played for the school’s first XI.

A rifle club was formed in the run-up to the First World War at the urging of Bill Parsons, a veteran of the Boer War, and the particularly patriotic club secretary, Fred Mayne, who was also Secretary to the Classing Committee. He had pretensions as a poet and as Denis Kidd, himself a stalwart of the club as secretary and president, would write, ‘his reports were couched for the most part in epic poetry’. A range was built on the roof of 71, Fenchurch Street, in 1909, the year after the formation of the Territorial Army, which many members would join. The range was rebuilt in the late 1960s.

The Sunderland and Newcastle offices’ annual golfing tournament was always well celebrated. In 1976, Frank Bell was entrusted with looking after the cups after the match. Unfortunately, he left the bag with them in on the platform at Sunderland station. This was during the height of the IRA campaign on mainland UK and so the bag was blown up by the bomb squad from the Catterick Army.

Sport and recreation were not the preserve of UK staff; similar activities took place around the world, although never on quite the same scale, and there were attempts to use sport to unite the whole organisation. The golfing society organised the worldwide competition for the Isherwood Cup, named after the inventor of the Isherwood System of longitudinal framing for ships. In 1975 for instance the cup was won by a Japanese member of staff, Y Matsuyama from Yokohama, his winning round played on a Japanese course.

The Society also had clubs for:

It's a wonder any work ever got done at Lloyd's Register! 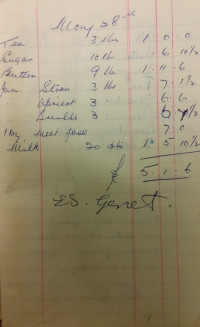 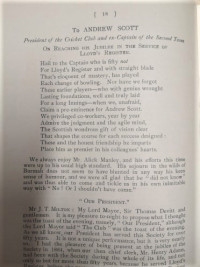