Born in Plymouth in 1824, to a shipbuilder father, Bernard Waymouth was one of 11 children. Prior to joining Lloyd’s Register in 1853 as a surveyor, he had previously worked for an admiralty dockyard and the shipyard of Money, Wigram and Sons in Blackwall, where he gained valuable experience with iron ship construction. Thanks in part to this experience, Waymouth was soon promoted to Senior Surveyor for London in 1858.

In addition to his duties for Lloyd’s Register, Waymouth was also a very respected Naval Architect for his work designing contemporary ships. Known as an authority on composite ship building, he designed the clipper ships, Leander (1867) and Thermopylae (1868). Of which, Thermopylae set a record for crossing between London and Melbourne in just 60 days, and still holds the world record for a round-trip run between London and the Far East from her maiden voyage. Waymouth also designed Sir Edward Sullivan’s schooner ship, Shamrock, and became a crucial figure in the establishment of Rules for Steel Ships (1868, illustrated by the surveyor, Harry Cornish).

During a European tour in 1870, shortly after being promoted to Principle Surveyor, Waymouth recommended an increase in non-exclusive surveyors to ports such as Copenhagen, Bergen, Genoa, Fiume, Le Havre, Marseilles, St. Malo and Leghorn. This led to the further expansion of Lloyd’s Register overseas. Also within the organisation, he established the first pension scheme in 1884, for which Waymouth was awarded two presentation volumes; both of which are on display throughout 71 Fenchurch Street.

In the history of Lloyd’s Register, there are only two surveyors who have ever made the post of Secretary, Bernard Waymouth (the first to do so) and WJ Ferguson; thereby fully cementing Waymouth’s formidable reputation within Lloyd’s Register by 1872. He held the position of Secretary until his death in 1890. This enabled him to become a leading influence on the adoption of new technology in the industry and aid the general expansion of expertise amongst workers. Waymouth recognised the need to foster scientific approaches to shipbuilding and pushed Lloyd’s Register to begin sponsoring scholarships for engineering courses at British Universities from 1877.

As one of the dominating presences of Lloyd’s Register in the Nineteenth Century, Waymouth’s tenure has left a lasting impression of technical ability and integrity on the organisation, and also on the industry as a whole. 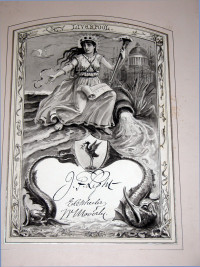 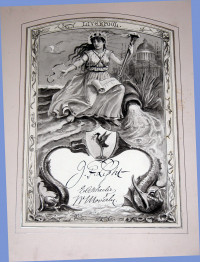 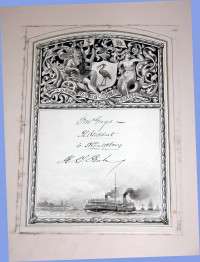 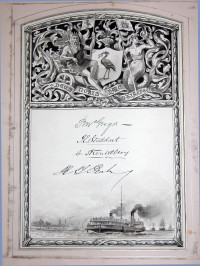 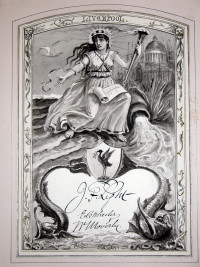 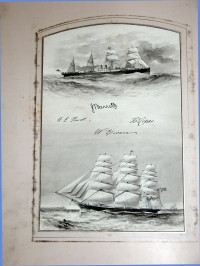 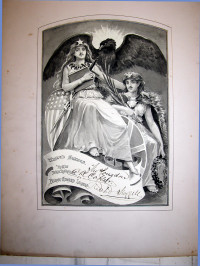 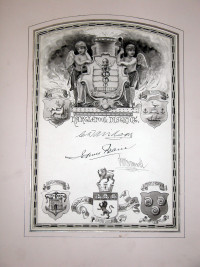 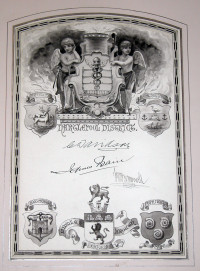 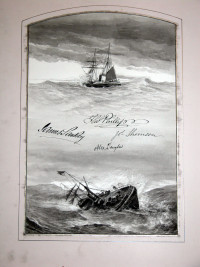 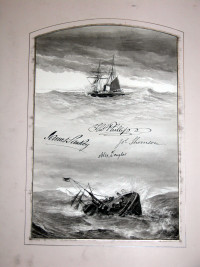